I was so impressed with the food from Kalvin’s Szechuan Restaurant the first time I tried it during my visit to Vancouver back in May that I wanted to go back again when I was in town last month. One could categorize some of the dishes at Kalvin’s as Taiwanese-influenced Szechuan food or Szechuan-influenced Taiwanese food. Either way, eateries serving this style of food are actually hard to find. There are tons of Taiwanese places that serve bubble tea or beef noodle soup in Vancouver and also quite a few restaurants serving up authentic Szechuan (Sichuan) fare. But to find Taiwanese-influenced Szechuan cuisine, it’s actually not that easy. I fell in love with this style of food when I had it for the first time in Calgary at Han’s Restaurant, which was a hole-in-the-wall type eatery in Chinatown when it was still under the original ownership. Since the original owners had retired, the food hasn’t been quite the same and I’ve been on the look out for great Taiwanese-influenced Szechuan food ever since.

First up was the Cold Shredded Seaweeds with Garlic & Herb ($3.00). It was well-marinated, crunchy, and flavourful. It was just as good as I remembered it to be from my first visit.

I really wanted to try the Chicken with Chili Sauce ($8.50). There is a bit of confusion with this dish on the menu. This dish is listed on the take-out menu as 19-3. It is, however, not listed on the regular menu at the restaurant. It is only hand-written in Chinese on the board of specials hanging on the wall. This dish is known in Chinese as 口水雞, which literally translates to Saliva Chicken or Mouth-watering Chicken. This is a classic Sichuan appetizer dish that is served cold. It basically consists of poached chicken pieces marinated in spicy chili oil, sesame oil, and wine. We asked for the heat level to be “medium” but it actually turned out to be a lot spicier than we expected.

Next up was the Shredded Fish with Yellow Chives ($11.50). This was definitely our favourite dish of the meal. The shredded fish was so tender and soft. It was nicely contrasted with the crunchy yellow chives. I should mention this dish was not spicy at all even though the menu had two chilis shown next to this dish to indicate that it’s supposed to be spicy. I’m not sure what that was all about. 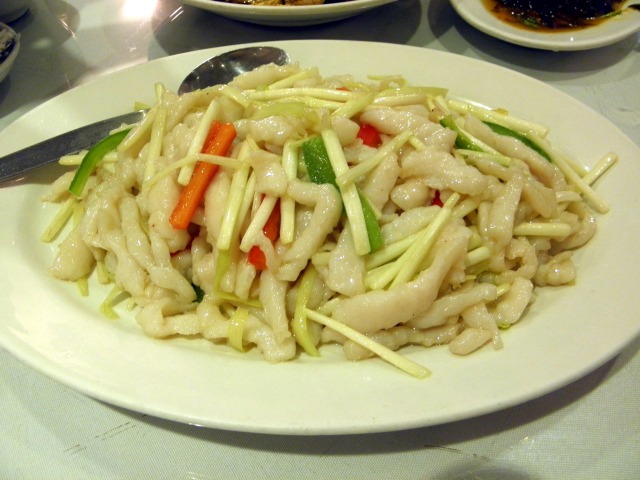 Our fourth dish was the Deep Fried Beef with Chili Sauce ($12.50). This was one of my foodie friend, Grayelf’s favourite dishes but I didn’t love it so I think it’s a matter of personal preference. She said it was just as good on this visit as she remembered it to be. For me, I found the beef a little too dry for my liking. The beef was chewy and almost similar to beef jerky. 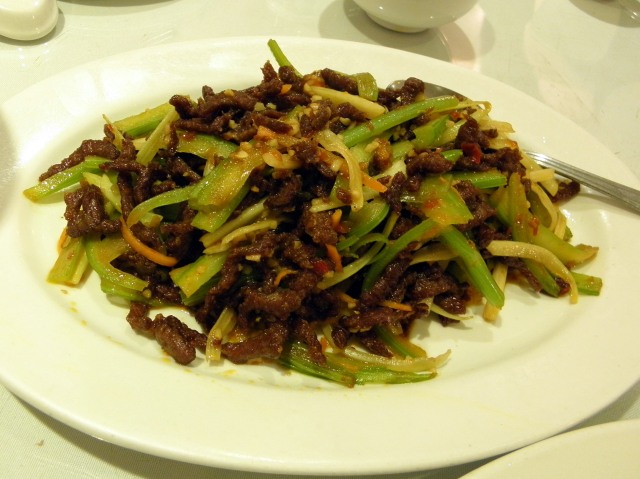 Last but not least was a small order of the Chicken with Three Spice ($10.50 for small; $20.00 for large), which is often known as “Three Cup Chicken”. This was my favourite dish on my first visit and this time, it tasted just as good as I remembered it to taste. The chicken was moist, succulent, and flavourful. 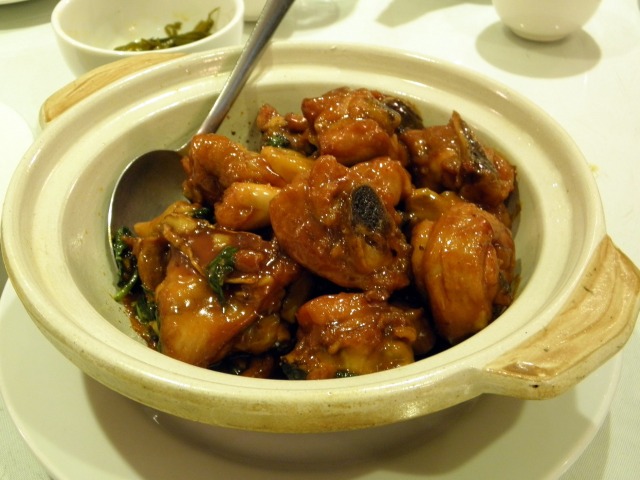 Overall, this was another great meal at Kalvin’s. I’m glad I found another dish – the Shredded Fish with Yellow Chives, to add to my list of favourites along with the Chicken with Three Spice. The menu at Kalvin’s is quite extensive and diverse. I will probably have to visit as few more times in order to try all the other dishes that have caught my eye.